Daniel Hudgins gets his new wheels 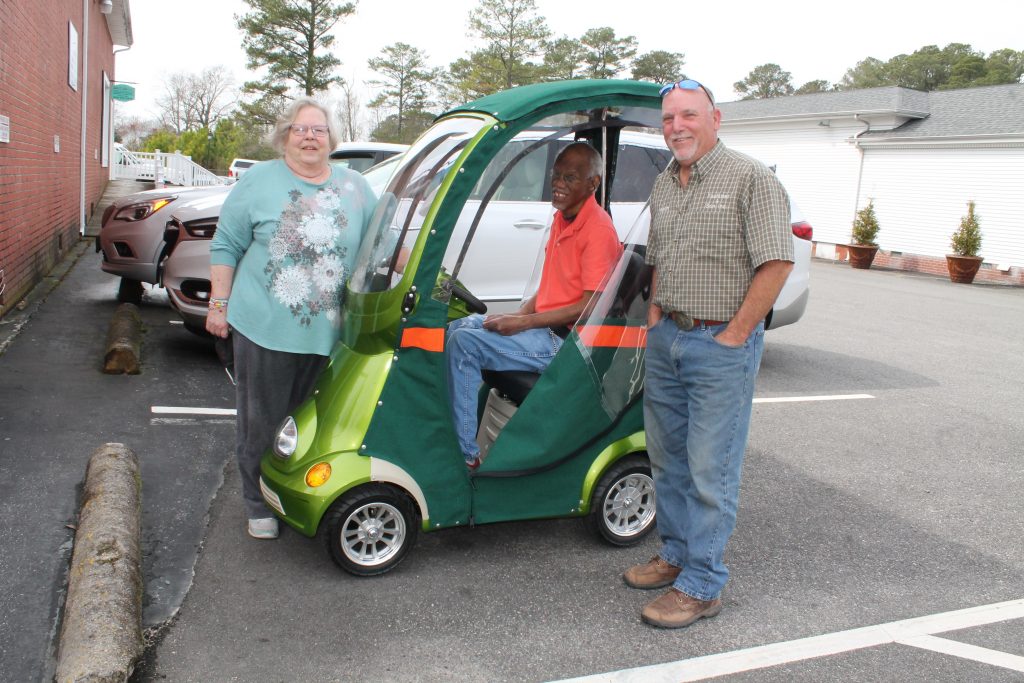 HERRY HAMILTON / GAZETTE-JOURNAL Daniel Hudgins, center, now has his new mobility scooter, thanks to the efforts of his friends Susan Krista, left, and Keith Faulkner. The Mathews resident lost his well-used trike in an accident last year, and a GoFundMe online fundraiser garnered enough money for a mobility scooter and a shed to store it in.

It’s taken longer than expected, but Daniel Hudgins of Mathews finally has his new wheels.

Hudgins, 60, has been without transportation since last September, when his adult tricycle was hit and destroyed while he was making the daily trek from his home on Church Street to Faulkner and Son, his friend Keith Faulkner’s business, on Main Street. Fortunately, Hudgins wasn’t injured.

When Mathews resident Susan Krista heard about the accident, she launched a fundraiser to raise $400 to buy a new trike for her longtime friend. In less than a day, the Mathews community had donated $3,300. Over time, that amount grew to $4,540.

Since Hudgins had been finding it increasingly difficult to pedal the trike, Krista decided to be a bit more ambitious and purchase a trike with an electric motor instead. That plan evolved, however, into buying an electric mobility scooter, along with a shed to store and charge it in.