Cyclists lift their ‘hands up in prayer, in praise and in peace’ 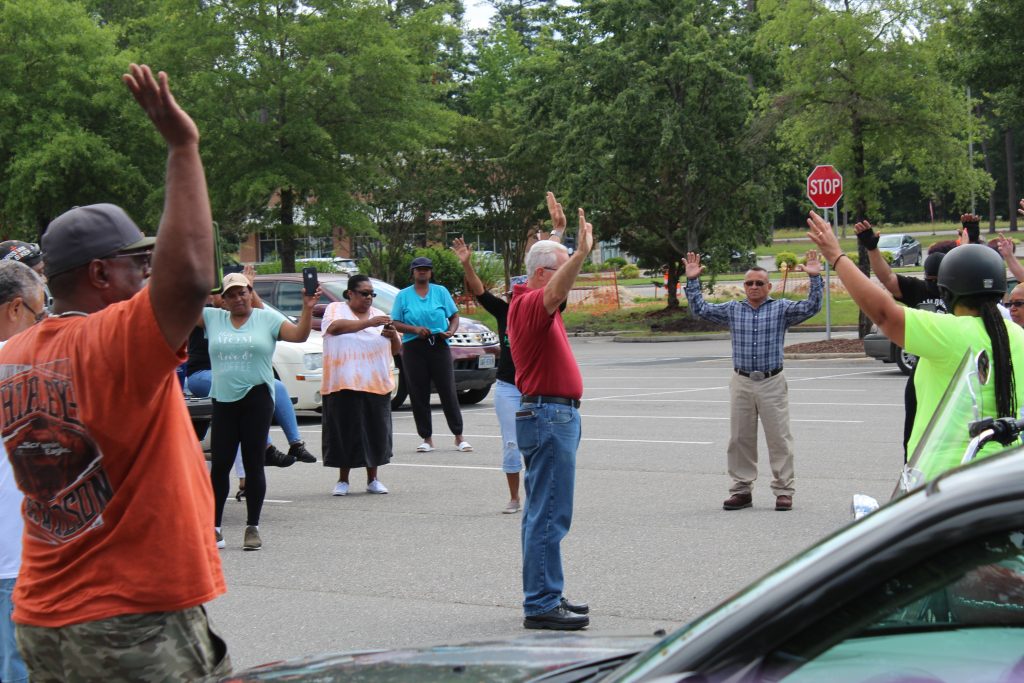 Starting at Thomas Hunter Middle School in Mathews, the ride wound its way through Middlesex County before ending at the Walmart parking lot in Gloucester, where participants lifted their “hands up in prayer, in praise and in peace.”

Before leading the prayer, Pastor Mike Gray of Newington Baptist Church, Gloucester, told the group that “I John tells us that we are to love one another and I Timothy 2:8 tells people to lift their hands in prayer.

“May we learn from one another, but most of all may we love one another,” said Gray during the prayer.”

According to the Hands Up Movement Facebook page, the unity motorcycle ride was not a protest. The group simply wanted to show unity and solidarity in the community.

“We showed Mathews, Gloucester and Middlesex counties today that a diverse group of ...