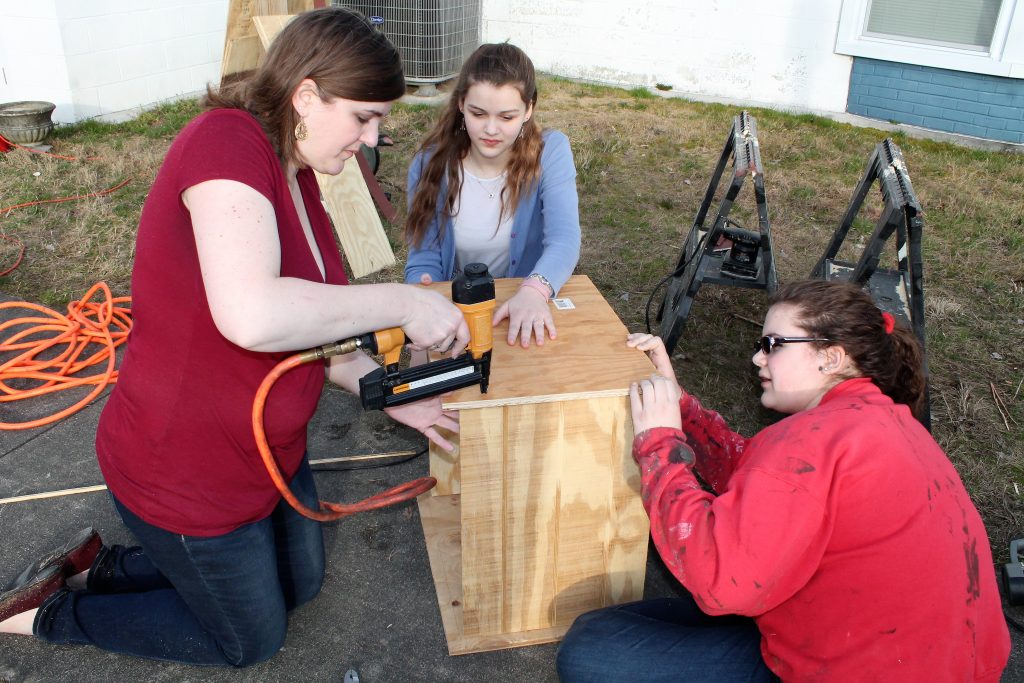 Court House Players’ president Lara Emerson, left, said cancellation of this year’s theater season was a huge disappointment for her family, who all work together on the shows, sometimes in front of the curtain and sometimes backstage. Here, she and two of her daughters, Kyrsten and Peyton, from left, are shown around this time last summer working on a set piece for the show “Blithe Spirit.” They, along with the other Emerson children, Tristan, Ashton, and Jayden, built the entire set, as a family project.

For the first time in its 41-year history, the Court House Players has canceled its entire theatrical season, with the COVID-19 crisis to blame.

Lara Emerson of Gloucester, president of the community theater organization, said the board had put off the difficult decision as long as possible, first postponing its spring show, “Arsenic and Old Lace,” until 2021 before finally realizing there would be no reprieve from the pandemic this year and cancelling the summer dinner theater, “Boeing, Boeing,” and fall musical, “Matilda,” as well.

“We were especially disappointed to have to cancel ‘Arsenic,’” she said. “The actors and crew had already spent many hours getting that show ready for the public, and we didn’t want all that hard work to be for nothing.”

At least four of the 14 actors won’t be available to do the show next year, said Emerson, so some new casting will be required when the season resumes in 2021. The same three shows will be offered next year, in the same order.