Couple gets engaged at Gloucester House after challenging year 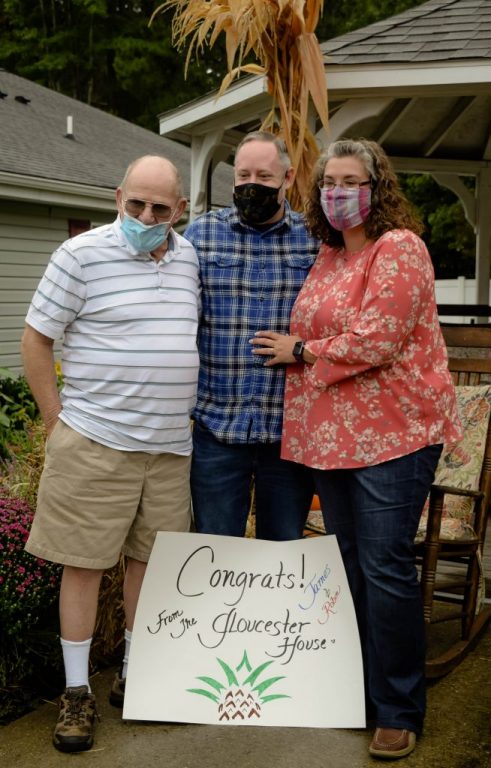 Robert Carter, James Longworth and Robin Singleton, from left, pose for a photo after the couple got engaged at Gloucester House.

2020 has proved to be a difficult and challenging year for almost everybody. Nobody knows that better than Robin Singleton.

But, after going through some major hardships, including dealing with the loss of her mother and her father’s dementia, it seems to be ending for her on a more positive note.

Last year, Robin was living in Northern Virginia when her stepfather, Robert “Pop” Carter, developed cognitive decline. She took a job at Middlesex Elementary School so she could be closer to home to help her mother, Mary Kay Carter, take care of him. Her dad was also experiencing insulin-dependent diabetes so Singleton would visit every day to give him an insulin shot.

Over Christmas, Robin took her parents on a cruise to make memories with them. She had a feeling that it would be the last family vacation they would take together.

In February, Mary Kay had a complete knee replacement and Singleton and her boyfriend, James Longworth, sat in the waiting room during the 14-hour sur...