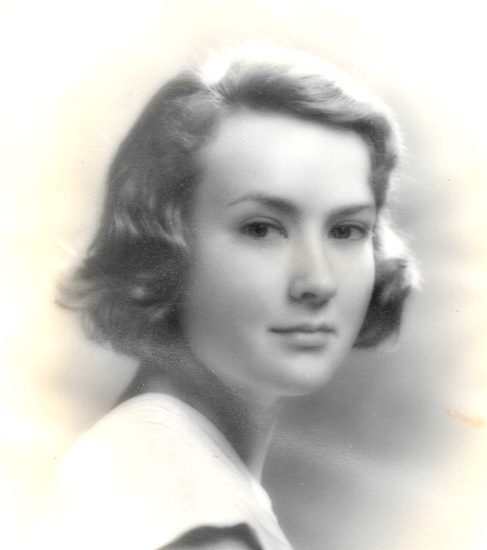 Cornelia Winn Chalkley Kittler died on Sept. 30, 2021 at Heron Cove in Gloucester Court House, at the age of 101.
Connie was born on Nov. 23, 1919 in Richmond, Virginia, the daughter of Otway Hebron Chalkley and Rachel Riley Chalkley. Her first four years were spent in Shanghai, China, where her father was posted on business. As a small child, Connie and her mother made the trip from Shanghai to Richmond and back more than four times, on one trip bringing back Otway’s widowed mother to live with them in China. Connie’s earliest memory, she always said, was of standing on the dock in Yokohama, Japan, and experiencing an aftershock of the great 1923 earthquake.

She then lived in Port Washington, Long Island, New York; she attended the Vincent Smith School and Friends Academy in Locust Valley. She graduated from Sweet Briar College with a B.A. in Classics in 1940, having spent her junior year in Scotland at St Andrew’s University. Upon her father’s retirement in the early 1940s her family moved to Ware Neck, where they built a house, named Lade Braes, on the Ware River. This became the family home.

In 1942 Connie married Fred Warren Kittler, Lieutenant JG, U.S. Navy, in Ware Episcopal Church. Kit and Connie embarked on a 30-year career as a Navy family. During this time, they and their three children lived in Annapolis, Alexandria, Long Island, Virginia Beach, England, and Washington, D.C., always with regular visits to Ware Neck. Upon Fred’s retirement in 1971, Connie and Fred moved to Ware Neck, to be close to Connie’s widowed mother, buying the house next to Lade Braes down the Ware.

Upon Fred’s death in 2005, Connie divided her time between Ware Neck and Sanders Assisted Living in Gloucester. She moved to Heron Cove Nursing Facility in 2016.

Throughout her long life, Connie was a loving, kind and generous person who was greatly loved in return. She adored babies and children, was a great mother to her own three, and was delighted by her grandchildren, who in turn loved visiting their grandparents in Ware Neck. An only child herself, she was a caring daughter to her mother (who, like Connie, lived to 101). Connie and Kit loved travel, especially in ships and canal boats, and took many trips in their later years together, often with friends. They enjoyed especially revisiting England, a tour of duty which they had especially loved and where they had made good friends.

Connie had great compassion, and a desire to be helpful to others. She was selfless in the old-fashioned, best sense of the word. She was a Grey Lady at the Washington Home (then known as the Washington Home for Incurables). Through generous deeds and words, she touched countless people.

She was gifted especially in art and music. She studied and enjoyed painting throughout her life. She played the piano and sang beautifully; she was an alto in the Ware Church choir for many years. One of her enduring gifts to her children was to play and sing with them almost the entire Fireside Book of Folk Songs; that gift has been passed on to her grandchildren and even their children! Later in her life, her many friends among the staff and residents of Heron Cove knew and loved her spirited singing.

Connie was a marvelous and adventurous cook, and she and Kit loved entertaining. She also got pleasure out of cooking meals, especially hearty casseroles and stews, for large groups at the church and Ware River Yacht Club, or anywhere a good meal was needed.

Connie was a passionate reader. She especially loved English novels, history, and poetry, with an emphasis on the 18th and 19th centuries. Samuel Johnson was a favorite, along with all the British poets. She found great joy in memorizing poems, often mulling them over during her daily long walks in Ware Neck and later in Gloucester Court House. She also was very fond of English mystery stories, a leaning she inherited from her mother and passed on to her daughter.

The family extends great thanks to the caring staff at Heron Cove, and especially deep thanks to Donald Steadman, who helped and looked after her so lovingly for many years.

There will be a memorial service at Ware Church on Saturday, Nov. 6 at 2 p.m.