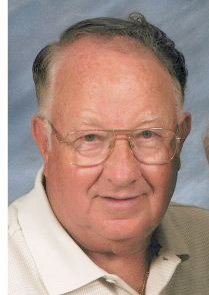 With his wife and children by his side, Clifton Lee Horsley went into the arms of his loving Savior, Jesus Christ, on Sunday, March 28, 2021. Cliff was born on Oct. 5, 1934 to the late Marion Lee Horsley and Sarah Hilda Dutton Horsley. Raised in Gloucester, he graduated from Botetourt High School as the President of his senior class in 1953. After graduating, he was in the Army where he served his country for two years. Upon his military completion, he returned to Gloucester and in January of 1960, he began working for Bailey Amusement Company. Cliff played sports all throughout high school and that passion carried over into adulthood. He was a beloved coach to so many children in the Gloucester Youth Baseball and Gloucester Youth Football leagues. If you needed him, he could be found at either field. When his children were in high school, he was a founding member of the GHS Boosters Club where his dedication, quick wit and infectious smile served so many staff, students and families. After his retirement, Cliff loved to attend horse races and play cards with many of his friends. You could find him most mornings eating breakfast out with his buddies. He and his wife, Becky, loved working in their yard, making it a wonderful place to gather.

A memorial service will be held on Friday, April 23, 2021, at 11 a.m. at Grace Covenant Presbyterian Church, 6470 Main Street Gloucester.