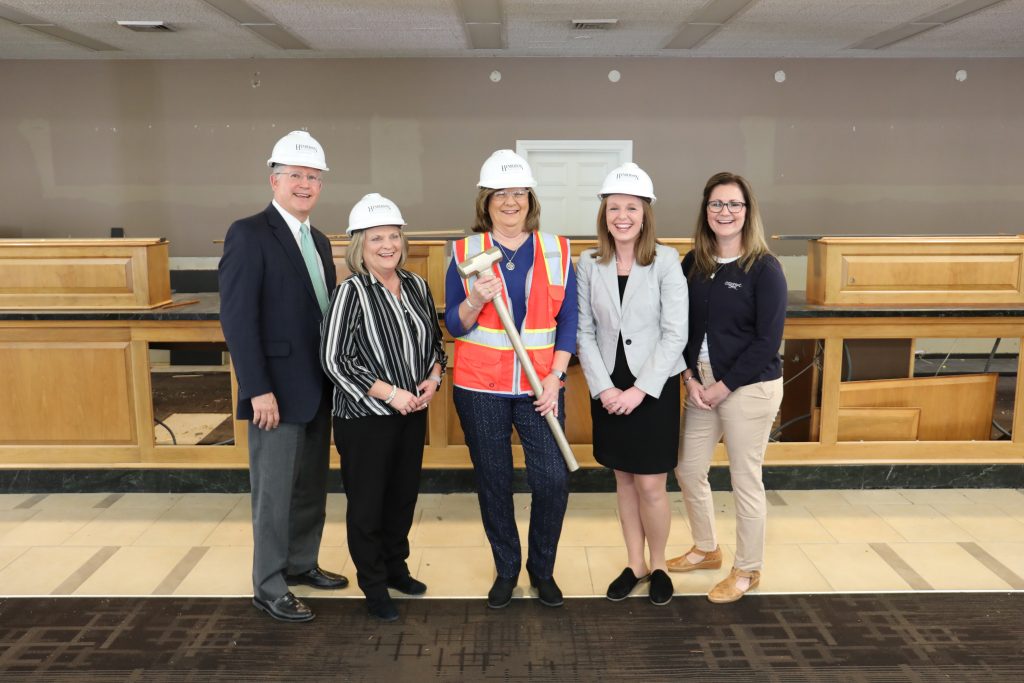 Taking part in the groundbreaking ceremony for the new Chesapeake Bank building in Mathews last Wednesday were, from left, President and CEO Jeff Szyperski, Vice President Melissa Crawford, Executive Vice President Dianne Hall, Mathews Branch Manager Rachel Dye, and Associate Vice President Jill Ortiz. Chesapeake Bank will be moving into the old Bank of America building, but not before it’s been completely renovated. The target date for move-in is the end of August.

Bank officials and contractors passed around a gold-colored sledgehammer and took turns beating up on the interior structures of the former Bank of America building on Buckley Hall Road, not far from Chesapeake Bank’s current location.

Executive Vice President and Retail Executive Dianne Hall, who is overseeing the project and has been with Chesapeake Bank since the Mathews branch opened 42 years ago, was the first to do the honors.

“This is an exciting time for me and Chesapeake Bank,” she said. “We came here committed to Mathews County, and the commitment stays the same—buying this building says that.”

Bank President and CEO Jeff Szyperski, grinning, asked Hall how long she had coveted the building.

“Forty-two years,” said Hall to a burst of laughter. She then took the first swing. The official demolition of the b...