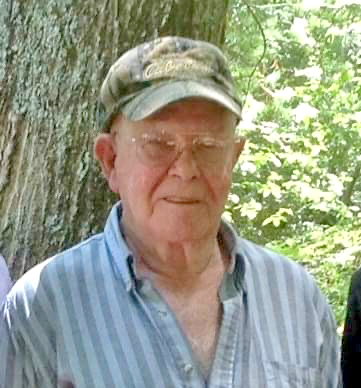 Chuck passed away Nov. 19, 2020. He was born on March 22, 1930 and raised in Benton (Polk County), Tennessee, on Liberty Hill Farm.  He joined USAF and achieved the rank of Master Sergeant retiring after 20 years of service having worked as a mechanic and then managed the maintenance and operation of ground power systems. His career took him to Guam, Alaska, Pakistan and Germany before ending his military career at LAFB. After retirement from the military he owned and operated Langley Gulf station in Hampton, Virginia, until 1975. He then moved to Gloucester where he farmed and continued to work as a mechanic. He also enjoyed hunting, NASCAR, and hosted numerous pig roasts. He was an avid storyteller and collector, and was known to craft, can vegetables and work with beehives.

Arrangements are being made by Andrews Funeral Home, Gloucester. A graveside service will be held on Friday, Nov. 27, 2020, at 11 a.m. for immediate family and a few close friends only at Windsor Gardens Cemetery, Dutton, Virginia.
In lieu of flowers contributions can be made to Gloucester Volunteer Fire and Rescue Squad.