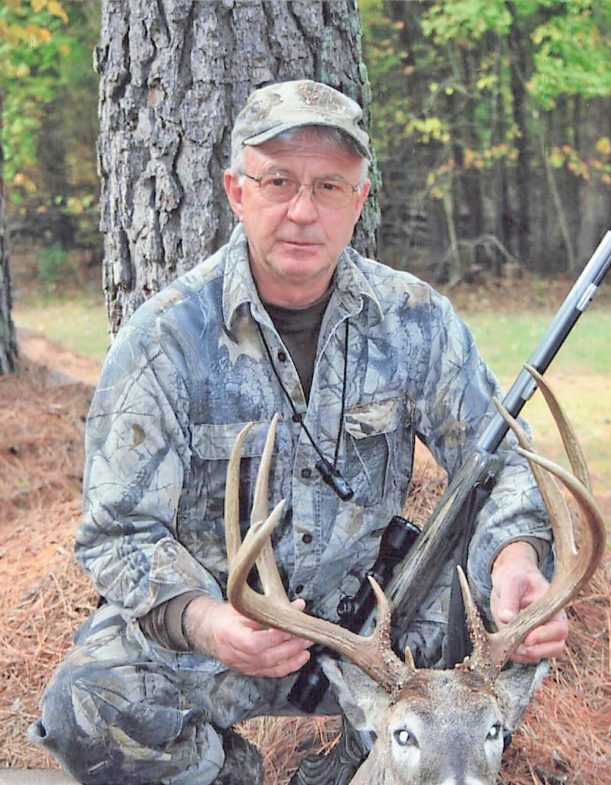 Charles “Charlie” Hendrix Fannin Jr. passed away on Wednesday, Feb. 23, 2022, after a long battle with prostate cancer. He was born on Jan. 7, 1947 to Charles H. Fannin Sr. and Betty J. Fannin. Raised in Williamsburg, he graduated from James Blair High School in 1965. He went to work at the Newport News Shipyard and later was hired by Anheuser-Busch which he retired from in 2006. From the time he was young he loved to hunt and fish, later in life, mounting a number of trophy-sized bucks. As to fishing, he and his wife caught bass in the Chickahominy, catfish in the James, and saltwater fish in the York River, where he received several citations. In 1981 he and his wife bought a small cottage on the York River in Gloucester. For years they spent most weekends there, spring through fall, with family and friends. In 2005 they demolished the cottage and built a new home on the York where they have resided the last 14 years. Charlie leaves behind to cherish his memory, his wife of over 50 years, Dianne Britton Fannin; daughters, Amber Hull (Eric) and Lorie Spence; grandchildren, Nash and Mason Spence, Paul Sharpe, Chase and Averie Hull, and step-granddaughters, Lauren Hull Casey (Kevin) and Marilyn Hull, and great-grandchildren, Cora and Leo Casey; also brother, Gary Fannin (Diane), and brothers-in-law, George Britton III and David Britton (Christine). Charlie and his family would like to thank his oncologist, Dr. Magi Khalil, and palliative care doctor, Dr. Sarah West, for their kind, loving care, as well as the many nurses in Oncology at Riverside Walter Reed Hospital and lastly, Riverside Hospice. The family will receive friends on Saturday, March 5, 2022, from 2-4 p.m. at Hogg Funeral Home at 3098 George Washington Memorial Highway, Hayes, Va. 23072. Inurnment will be private. In his memory, Charlie asked that donations be made to St. Jude Children’s Research Hospital, 501 St. Jude Place, Memphis, Tenn. 38105. Services under the direction of Hogg Funeral Home & Crematory.