‘Chadwinks’ give signal to trooper’s widow, children it will be all right

By Bob Flynn, Special to the Gazette-Journal on April 6, 2022 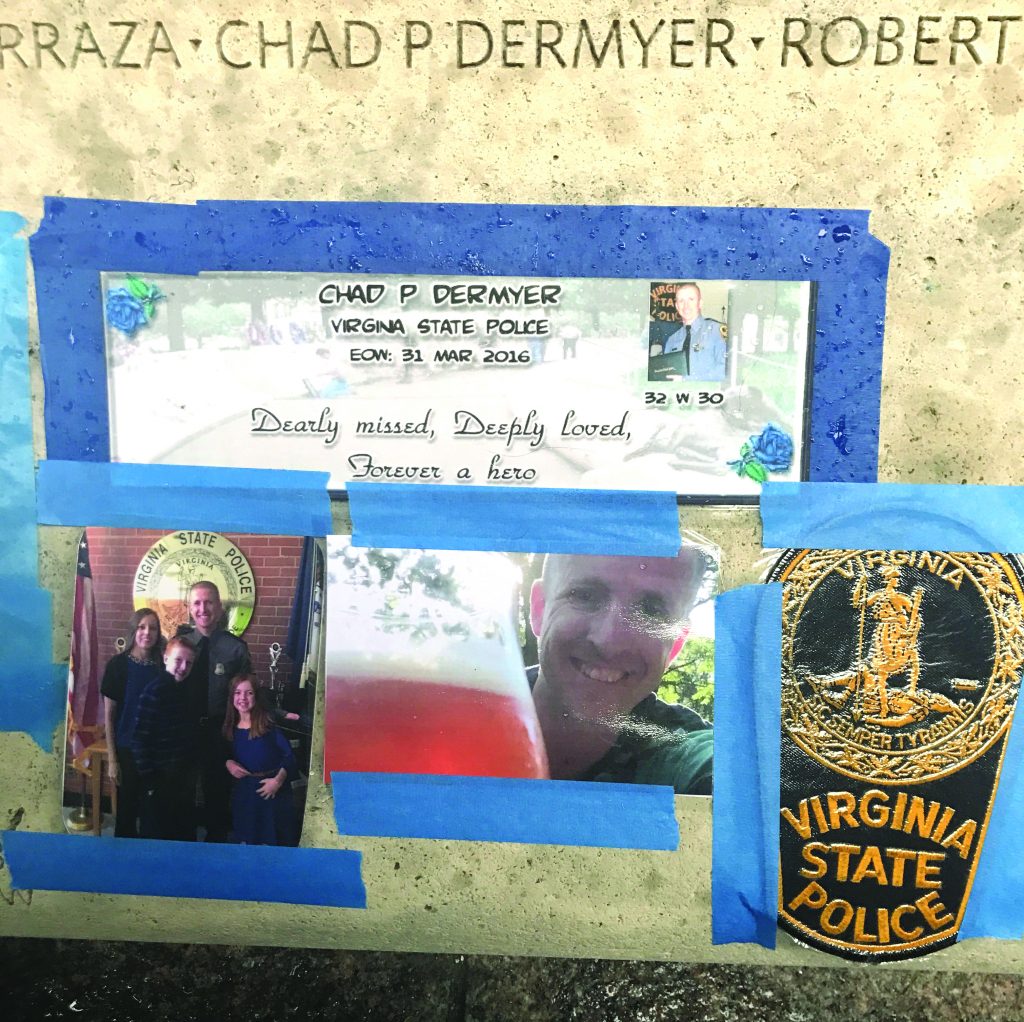 FAMILY PHOTO Virginia State Trooper Chad Dermyer’s name engraved at the memorial wall in Washington, D.C., in 2017 when his family went up for the first year of Police Week.

Tim McGraw’s “Humble and Kind” playing on the radio. The sequence “756” in a zip code, on a license plate, in a math problem or on a receipt. The random appearance of a dragonfly.

They are among the many ways Michelle Dermyer of Gloucester and her children remain connected to her husband and their father, Chad, a Virginia State Police trooper killed at the Greyhound bus station in Richmond six years ago. They call those signals “Chadwinks,” and they have provided them much comfort since their lives were changed forever on March 31, 2016.

“I think Chadwinks almost instantaneously made you smile,” said Laura (Polk) Hobbelman, a close family friend who has known Michelle for more than 30 years. “They went from giving you some peace to a smile to some happiness.”

Neither Dermyer nor Hobbelman can recall who came up with the name, but agree it was soon after Chad’s death as a coping mechanism.