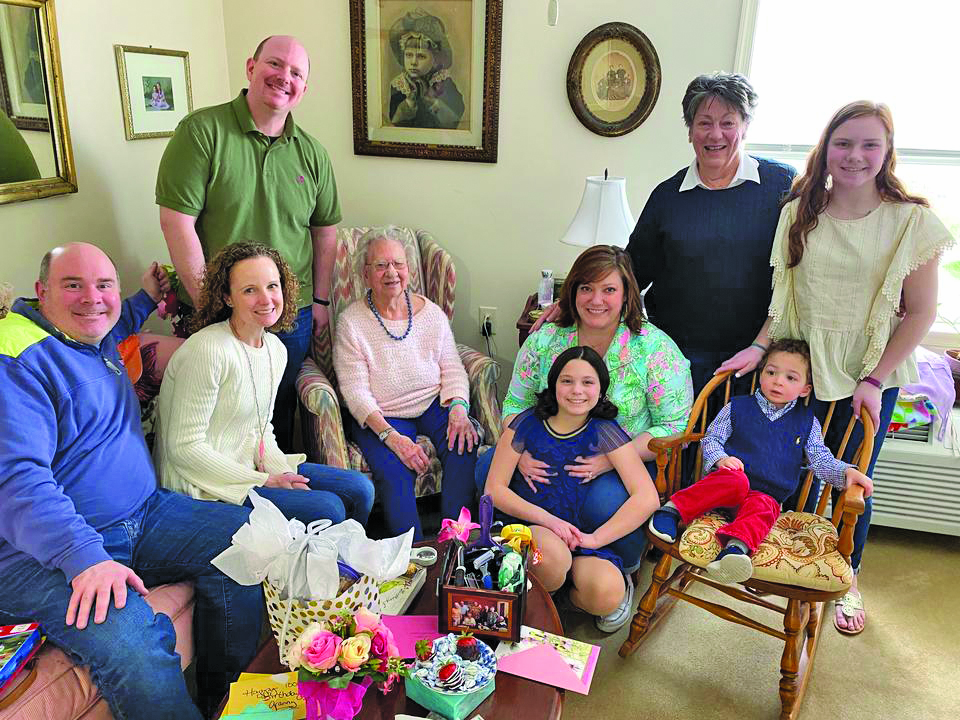 She grew up on Monument Avenue in Richmond and started visiting Gloucester as a girl with her best friend, Mildred Marshall, who lived across the street. Mildred’s mother owned Burgh Westra on the North River. As the years passed, Betty married Mildred’s brother, Beverley Randolph Wellford Marshall, and they moved to Gloucester with their three sons on June 16, 1960. Mr. Marshall died in 2001.

The new residents immediately became active in the community. The family joined Ware Episcopal Church, and Betty joined the Garden Club of Gloucester, Gloucester Woman’s Club, and North River Circle of The King’s Daughters, remaining on their rolls.

Her sons are Beverley Wellford Marshall of Williamsburg, Davis Ratcliffe Marshall of Gloucester, and Philip Taliaferro Marshall of Manassas. They and...