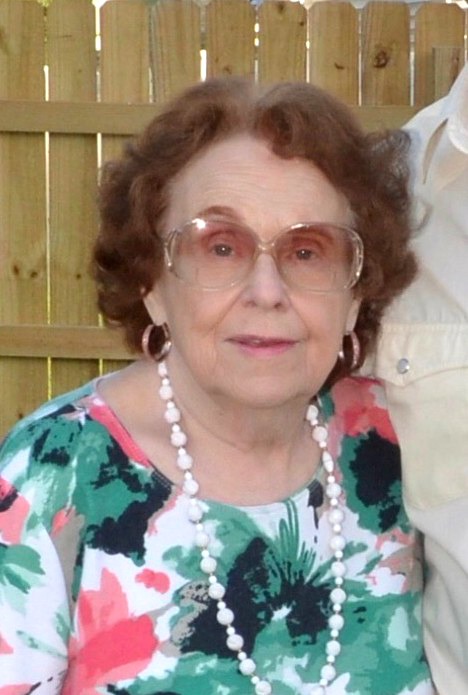 Caroline, 95, went to be with the Lord on Monday, No. 21, 2022. Caroline was born in Washington, D.C., on March 11, 1927 to Myrtle and Gordon Barter. Throughout her childhood, Caroline lived in Washington, D.C., New York, New Hampshire, Massachusetts, and the Shenandoah Valley of Virginia. As a young teenager, Caroline moved to Gloucester County with her family where she met Watson Brown. Caroline and Watson were married for 72 years before his passing in 2016. Caroline was a member of Newington Baptist Church, and also attended Abingdon Episcopal Church on many occasions.

Caroline enjoyed many retail positions throughout the years including Drug Fair, the Emma Jane Shoppe, and the set-up and grand opening of J.C. Penney, just to name a few. She also provided childcare in and outside the home, along with many other paid and volunteer positions throughout the years. Caroline and Watson had a wonderful life together spending time with friends and family traveling, camping, square dancing, and spending winters in Florida after retirement.

She was preceded in death by her husband, Watson; sister, Joan Reinhold, and brother, Richard Barter.

A memorial service will take place at Newington Baptist Church and will be scheduled at a later date. In lieu of flowers, please consider donations to Gloucester Volunteer Fire and Rescue, 6595 Main Street, Gloucester, Va. 23061. A special thanks to the employees at Commonwealth Senior Living that cared for her for the last two years.