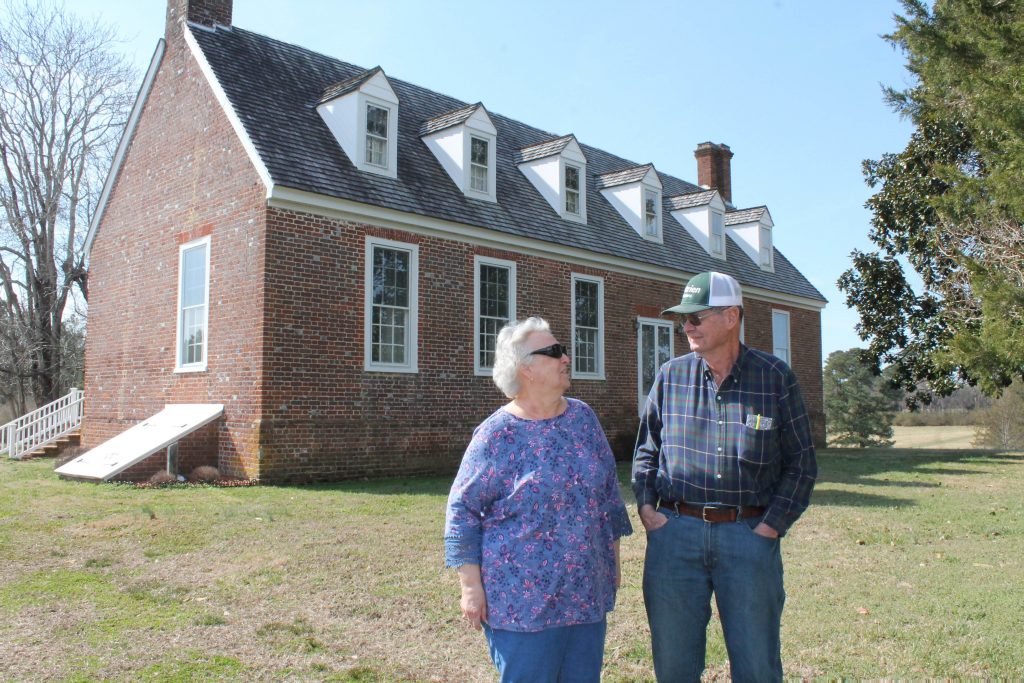 SHERRY HAMILTON / GAZETTE-JOURNAL Charles and Beverly Rich of Adner, pictured above, have lived at Mount Prodigal, the c. 1700 home, since they were newlyweds in 1974. Over the years, the couple has worked to restore the home.

Charles and Beverly Rich of Adner were newlyweds in 1974 when they decided to live at Mount Prodigal, the c. 1700 home that Charles’s dad, Everett Rich, had purchased along with 205 acres of land a few years earlier.

SHERRY HAMILTON / GAZETTE-JOURNAL
The large fireplace in the living room at Mount Prodigal was closed in with brick so that a wood stove insert could be installed to provide heat in the days before the Riches had central heating and air. Before then, the fireplace could hold large logs.

The couple built a livable addition onto the house, then moved in around late 1975, and over time, they renovated the original home, farmed the land, raised two children, and made peace with whatever ghosts might live in the stately residence. Last year, after back surgery, Charles decided to have Chuck and Allen Hunt, father and son, farm the land, and he and Beverly are now enjoying their retirement.

Situated on a high hill in a grove of trees and surrounded by rolling farmland...