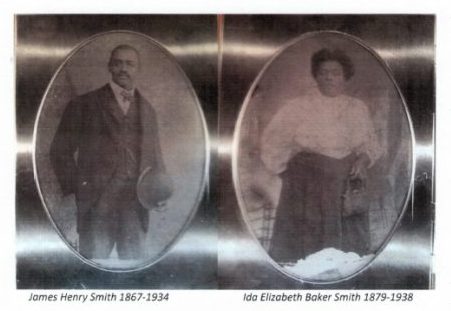 Images of Maria Montgomery’s ancestors James Henry Smith and Ida Elizabeth Smith grace the cover of a new publication about the history of the Black residents of Gwynn’s Island.

It is available free of charge at the Gwynn’s Island Museum.

According to a press release, almost 200 African Americans returned to Gwynn’s Island in Mathews County after the Civil War, including many who had been enslaved there. Over the next 50 years, they bought land, raised families, and built homes, a church, and a school. But in 1916, something happened to trigger their flight from the island. By the end of 1920, the Black community was gone.

There are differing opinions about why the exodus occurred, said the release, with some claiming the Black community left voluntarily for better jobs, while others say the Black islanders were “run off.”

With rural Black land ownership in the U.S. dropping...