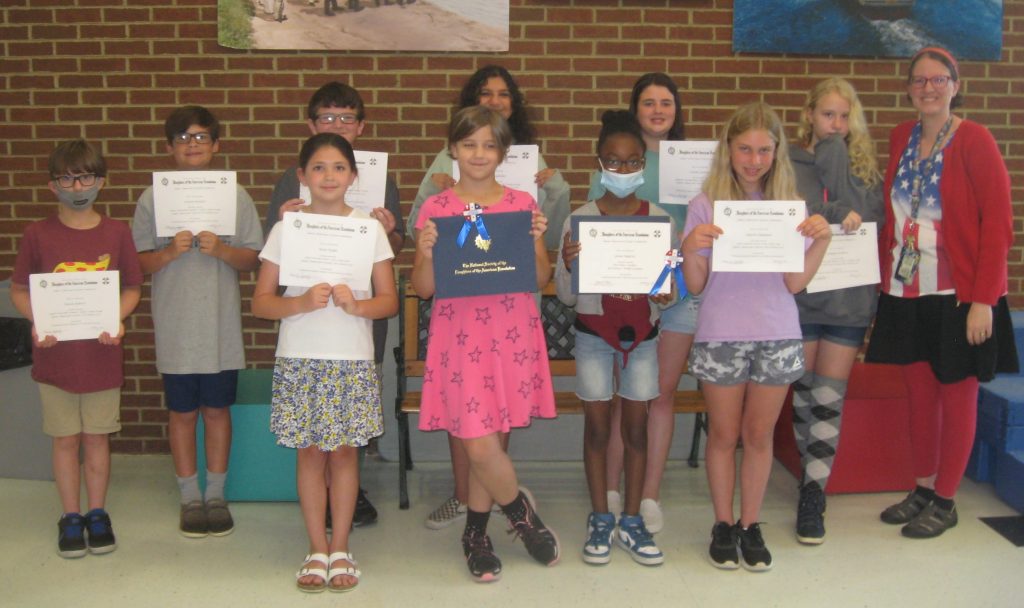 Sponsored by the Daughters of the American Revolution, the contest was held to commemorate the 100th anniversary of the Tomb of the Unknown Soldier. Students had to design a stamp to represent that theme.