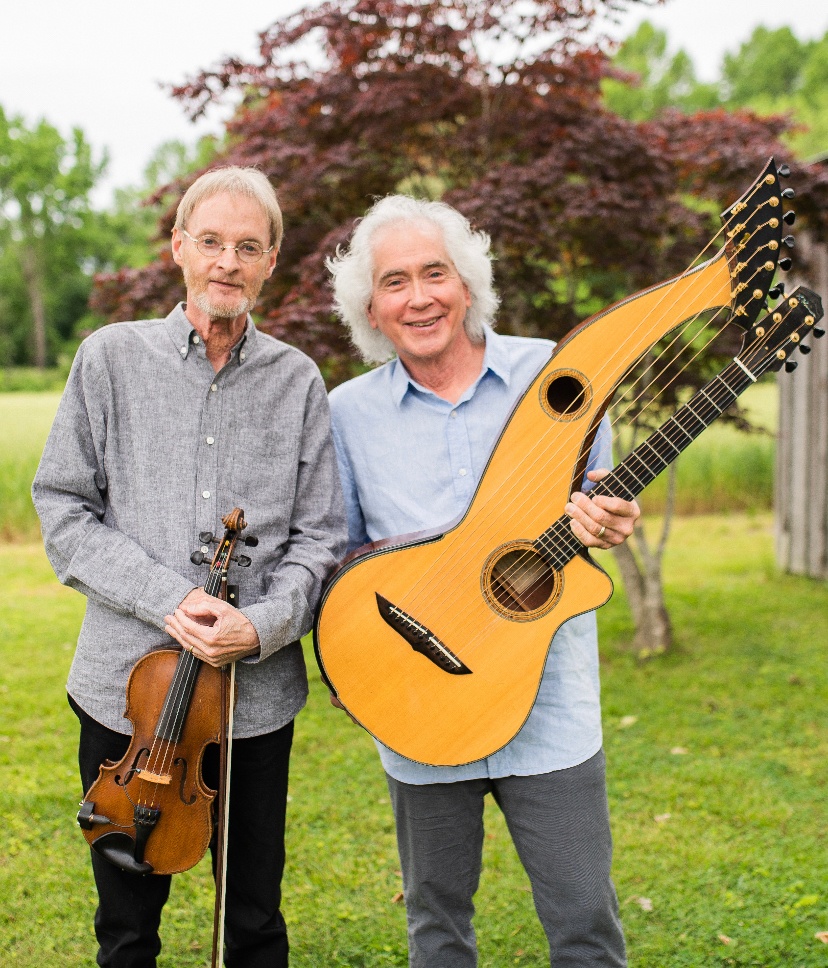 Guitarists Bill Gurley, from left, and Stephen Bennett will reunite for a performance at 6:30 p.m. next Saturday, Aug. 27, at Flat Iron Crossroads in Gloucester.

Guitarists and one-time band members Stephen Bennett and Bill Gurley are getting together again, performing at 6:30 p.m. next Saturday, Aug. 27, at Flat Iron Crossroads in Gloucester.

“Their talents and love for the music, combined with the decades of dedication to their craft, make for a musical reunion to be enjoyed and savored,” said a press release from the venue.

The two musicians began writing, recording and performing together in the late 1980s. Bennett had distinguished himself at the National Guitar Championships in Winfield, Kansas, and Gurley had been a member of several progressive bands, among them The New Morning String Band. The two were joined by a deep love of acoustic string music, said the release.

Over the years, Bennett has played a significant role in a worldwide revival of interest in the harp guitar, and his large collection of recorded compositions and arrangements on harp and other guitars have solidified his legacy as one of the top stylists of his ...