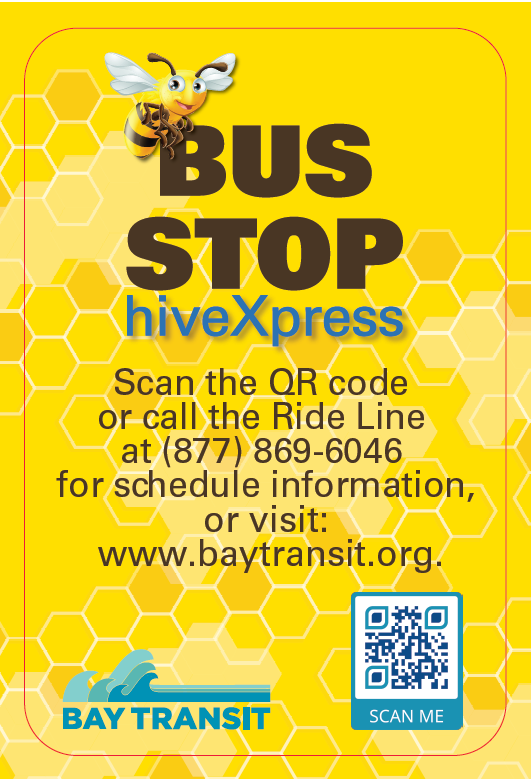 The hiveXpress is incorporating the route previously followed by the Courthouse Circulator bus, creating a more comprehensive and higher frequency flexible fixed-route service for Gloucester County, according to a Bay Transit press release.

“It’s a game changer,” said Bay Transit Director Ken Pollock. “Beginning on Monday morning, June 14, we’ll have two hiveXpress buses running concurrently, which will increase frequency and convenience for our riders. You will now be able to get from one end of the route to the other in only 45 minutes. We’ll have a northbound and southbound bus with convenient transfer capabilities at the Walmart and other stops so it will be easier than ever to get around Gloucester County on Bay Transit.”

To help raise awareness about the expanded hiveXpress service, Bay Transit has invested in new ...