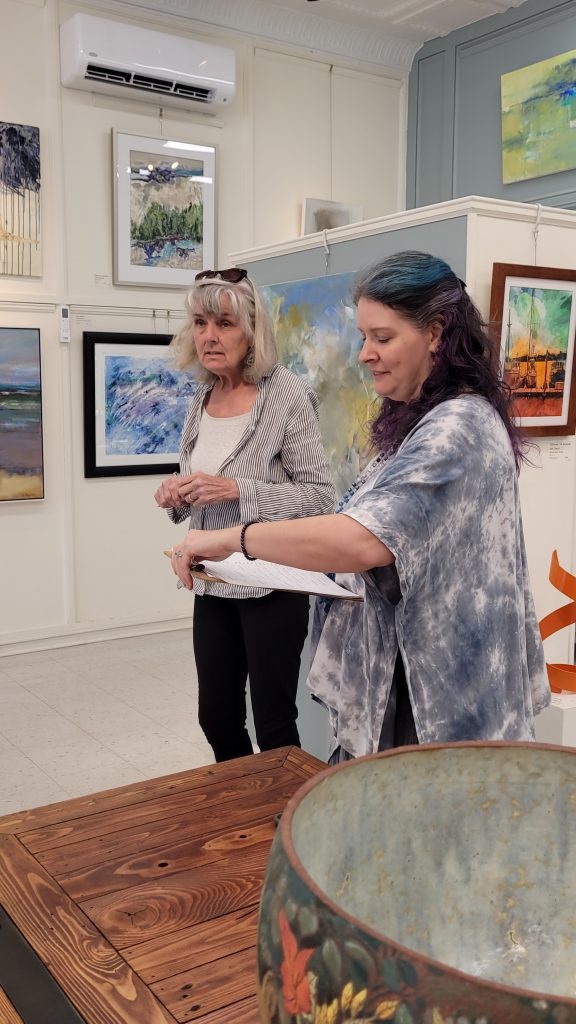 KIM ANDREWS / GAZETTE-JOURNAL In celebration of the Bay School’s 25th anniversary, founder Wendy Wells-Finn, left, was the juror and judge of the 2022 Art Speaks on the Bay School’s Juried Art Show. She is shown here with the school’s executive director Pam Doss.

The Bay School Community Arts Center, Mathews, announced the winners of its ninth annual Art Speaks on the Bay Juried Art Show at its opening reception on April 30. The show, featuring 65 Virginia artists, will run through May 30.

In celebration of the Bay School’s 25th Anniversary, Wendy Wells-Finn, founder and first executive director of the school, served as both juror and judge of the show. As juror, she selected 94 two-dimensional and three-dimensional pieces from 358 entries to be featured in the show.

As judge, Finn-Wells made the following awards in two-dimensional media: