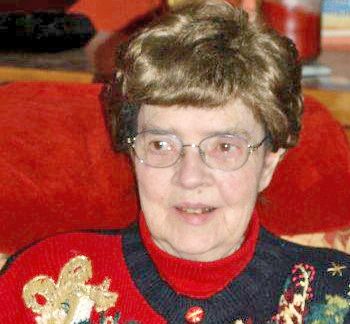 Barbara Ann Jenkins Clements of Gloucester, (born Jan. 20, 1933) died on Dec. 27, 2021. She was the daughter of the late Marvin A. and Ida Sue Jenkins and had grieved the deaths of her siblings, Terethia J. Postlethwait, Kenneth W. Jenkins, and Ida Mae Miles; as well her beloved husband and daughter, William Atwood (Nookie) Clements and Jo Ann Clements Dutton.

Barbara’s loves were her husband Nookie (and all of the adventures and travels they had together), her daughters and grandchildren, her pets, cooking and baking, needlepoint, knitting and crocheting, reading and word search puzzles. She was a smart cookie and the salutatorian of her graduating class at Achilles High and thrifty even with all of Nookie’s hobbies/passions such as boats, trailers/RVs/ATVs, cars, motorcycles, airplanes, etc., all the while raising two daughters and running a household.

Barbara’s real passion in life was Nookie and her life without him after his death was never the same, nor was she, such was her great love. She will now join him in their final resting spot at Newington Baptist Church cemetery in private, in the care of Andrews Funeral Home and Crematory.

Anyone wishing to honor Barbara’s life is asked to make a donation to the Gloucester Volunteer Fire and Rescue Squad or Gloucester-Mathews Humane Society in her memory.