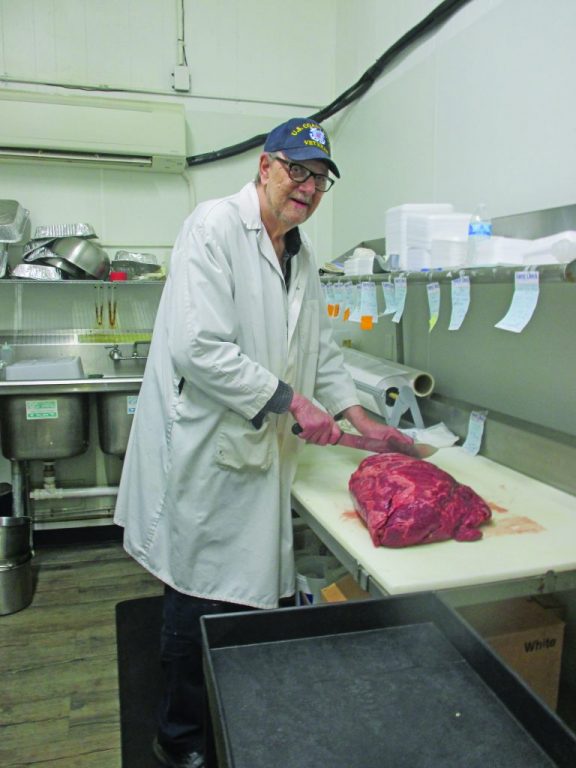 BETTY WRENN DAY / GAETTE-JOURNAL Bill Walker is doing what he does best, cutting your meats to order.

Could Bill Walker’s present career as a butcher have emerged from a hidden gene when he joined the staff at Best Value Supermarket in 1995?

After he left college—he calls himself a “dropout”—Bill ventured into the business world in many fields before that hidden gene kicked in. He was a U.S. Coast Guardsman, shoe salesman, short-order cook, life insurance agent, car salesman, warehouse worker, custodian, and security guard.

Also, “I was even a dance instructor but never really made it past the trainee stage. Was even a beach bum which lasted only a week.”

Bill did some traveling to collect all of these experiences for his resume, from Virginia to North Carolina, to Massachusetts, Maryland, Alabama and Mississippi. “Probably a few other things and places I can’t remember; after all, I am 72 years old.”

Bill began part-time at Best Value in Mathews but in a year’s time was promoted to full-time and later was made meat department head. He served until the store closed in 2018...