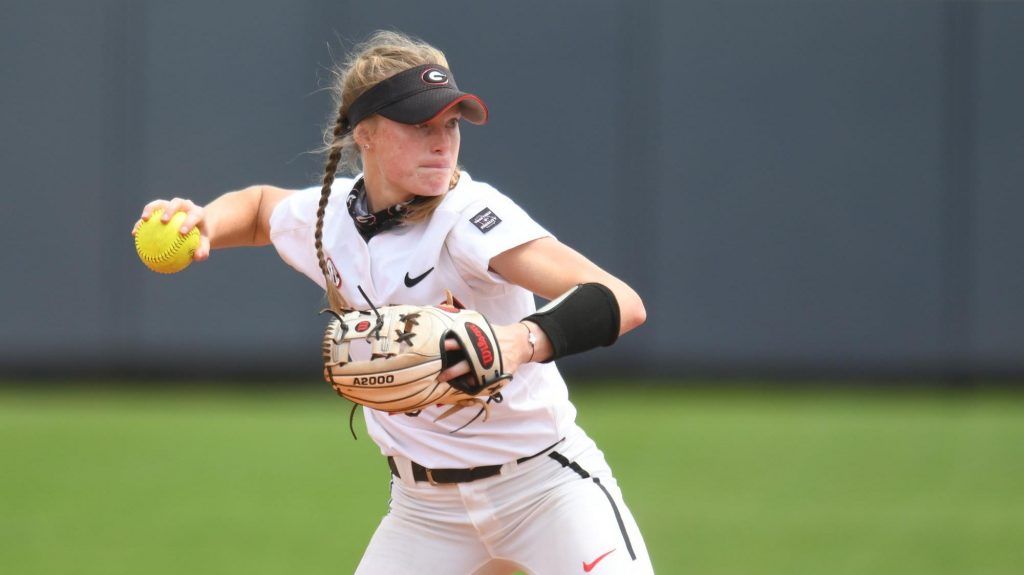 Mathews High School graduate Ellie Armistead and her teammates on the University of Georgia softball team are headed to the 2021 NCAA Division I College World Series, beginning today at the USA Softball Hall of Fame Stadium in Oklahoma City.

The Georgia Bulldogs were one of eight teams to advance to the World Series. Georgia will face Oklahoma State today. Other teams making it to the tournament are James Madison University, Oklahoma, Alabama, Arizona, Florida State and UCLA. Georgia punched its ticket to the World Series with back-to-back shutouts of #4-ranked Florida in the Super Regional this past weekend.

If Armistead and the Georgia team win today, they will face the winner of Oklahoma and James Madison on Friday. The championship finals will be held Monday, Tuesday and (if necessary) on Wednesday, June 9.

Armistead, a freshman at UGA, is the daughter of Stephanie and Wayne Armistead of Mathews. She is majoring in exercise and sports science.