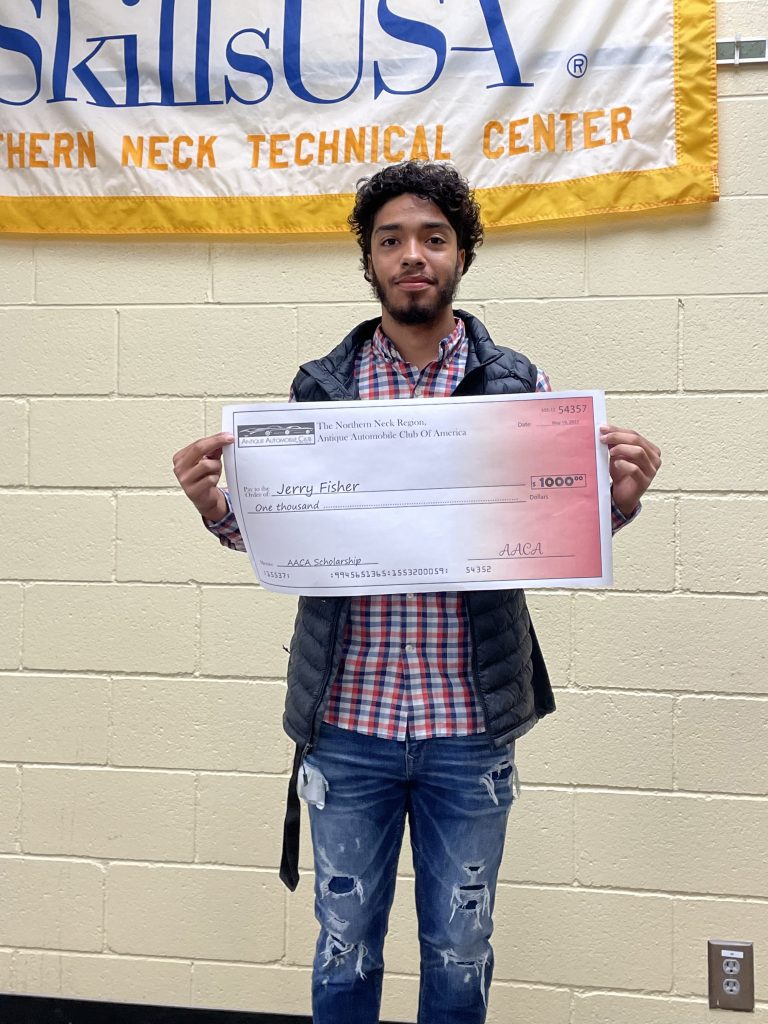 Jerry Fisher of Warsaw was the recipient of the $1,000 Northern Neck Region AACA scholarship.

This was an unplanned date due to heavy rain causing the original show date of May 7, as well as the May 8 rain date, to be canceled, which resulted in a smaller but extremely nice show field of 50 cars, consisting of completely restored vintage to beautifully customized and modified examples.

Special awards were given out as follows: People’s Choice, Madi Newlon (’68...