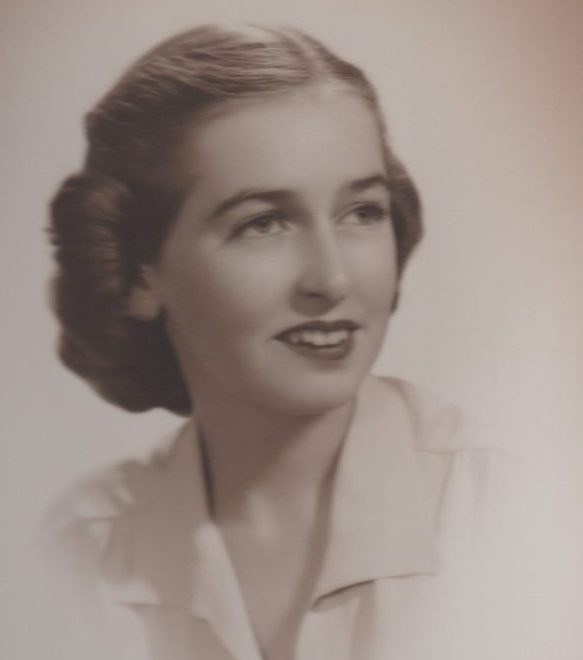 Anna was born on the family’s homestead “Bar Neck” on the Mobjack Bay in Mathews County on Jan. 10, 1926. She and her sister, Margaret, grew up at “Bar Neck.” Everyone who visited there knew what a special place it was. When Anna graduated from high school, she left Mathews and went to the big city of Richmond to live at Miss Saddlewhite’s Boarding House and attended business school. Her first job was with National Cash Register (NCR) in downtown Richmond. It was while she was living at the boarding house that she met and fell in love with a handsome young man in uniform, Dee. They would eventually marry and travel the world together on land, air and sea. Anna was a very hard worker. In addition to working at NCR, she went on to work for several construction and architectural firms in Richmond. Anna belonged to First Baptist Church for over 50 years, and then she transferred her membership to St.

Paul United Methodist Church in Mathews. Anna belonged to the Chimborazo Woman’s Club, the Antique Club, and Areme Chapter No.17 Order of the Eastern Star where she had been a member for 77 years and served as secretary for over 40 years. Anna spent many hours visiting the sick, Eastern Star members and friends. So much that Dee asked her if she knew anyone that wasn’t sick or dying. Anna and Dee were good neighbors and hosted many parties at their home in Richmond and at “Bar Neck.” Anna cared very much for her neighbors and friends. Her visits were always welcomed.

Anna really should have written a book, oh wait, she did, on the hearts and souls of all whose lives she touched. We were blessed by knowing her.