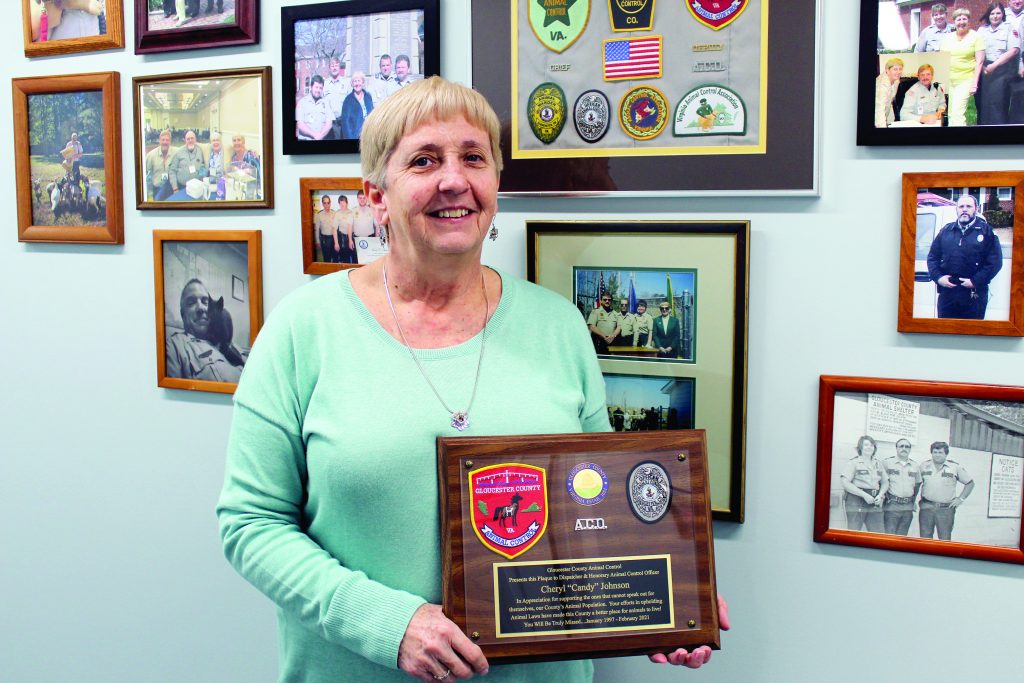 In this series, the Gazette-Journal shines the light on residents who are working to make this a better place.

The Gloucester County Animal Control Department is a different place now without Cheryl “Candy” Johnson who served as administrative assistant there for 24 years.

Baranek said that Johnson is a good friend and a fantastic worker. He has worked with her in the department for the past 21 years.

“I’ve never worked with anybody so long in my life,” said Baranek.

Johnson started at Animal Control in January 1997 after working in the Treasurer’s Office at the College of William and Mary, handling student accounts and student loans.

“It was a blessing to get a job here at the county,” said Johnson.