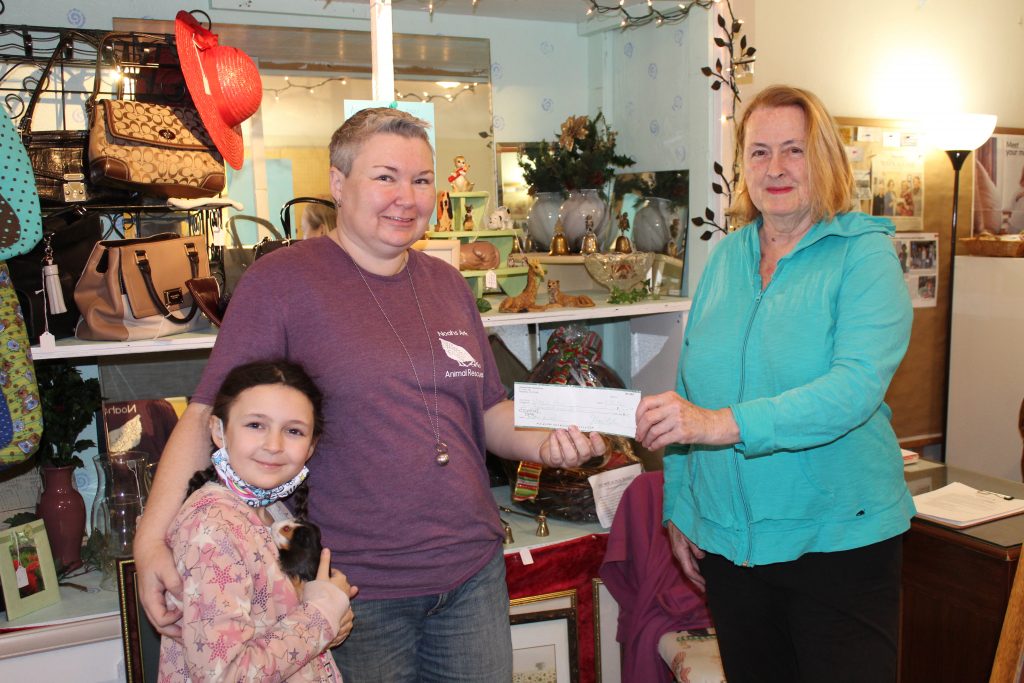 Noah’s Ark Animal Rescue, a 501(c)(3) nonprofit in Mathews, is the recipient of Animal Care Society’s St. Francis 2021 fundraiser, for which the organization generated a total of $2,000.

Noah’s Ark is a home-based and family-operated animal rescue. It typically has been able to help 50-75 animals per year, but in 2021 the rescue more than doubled its usual numbers, helping 174 animals.

Last year, the rescue took in several types of animals, including parakeets, guinea pigs, pet rats, ducks, rabbits, chickens and more. Hogge and her family currently have seven guinea pigs and seven smaller breed rabbits, as well as a rabbit with several kittens. The rescue is also housing a possibly pregnant guinea pig and an elderly, injured pet rat.

Hogge and her family recently purchased a parcel of land beside their home, and ...