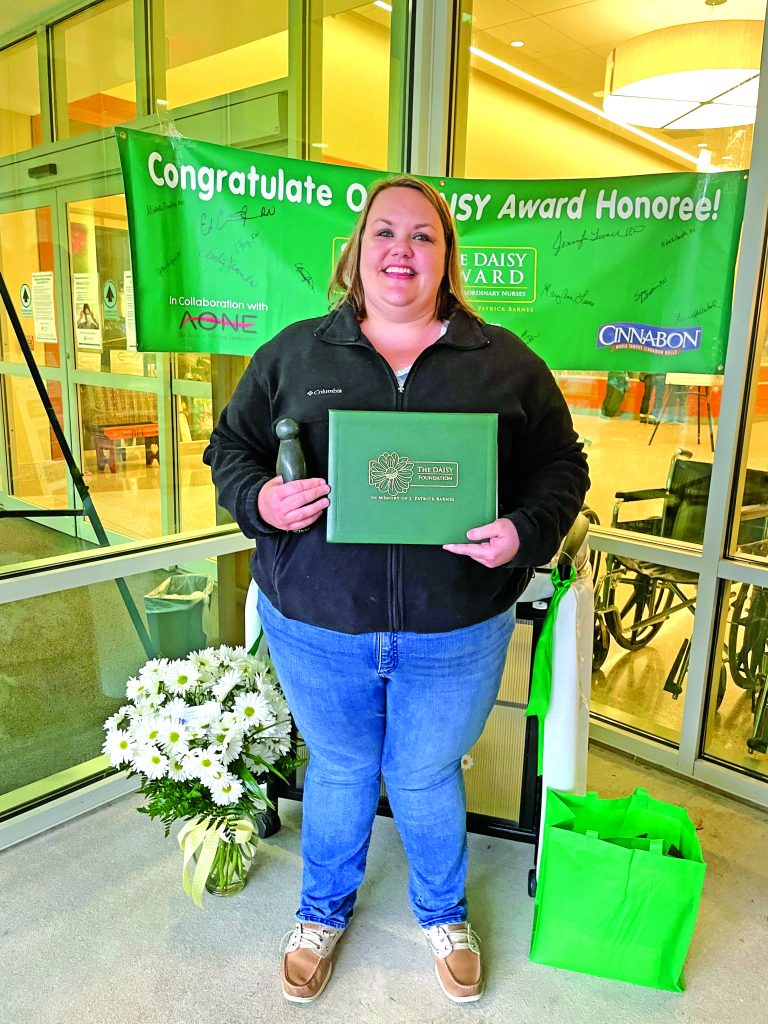 Nicole Ammons, a registered nurse at Riverside Walter Reed Hospital, recently received the DAISY Award for displaying extraordinary clinical skills and compassionate care. Riverside recognizes one of its nurses with this honor every quarter.

The DAISY Foundation was established in 1999 by the family of J. Patrick Barnes who died of complications of the autoimmune disease Idiopathic Thrombocytopenia Purpura at the age of 33. DAISY is an acronym for “diseases attacking the immune system.”

During Barnes’s eight-week hospitalization, his family was awestruck by the care and compassion his nurses provided. One of the goals his family set was to create a foundation in Barnes’s memory to recognize nurses everywhere who make an enormous difference in the lives of so many people.

Each DAISY Award honoree is recognized at a public ceremony in their unit and receives a certificate, a DAISY Award pin and a hand-carved stone sculpture titled, “A Healer’s Touch.” Additionally, everyone in ...