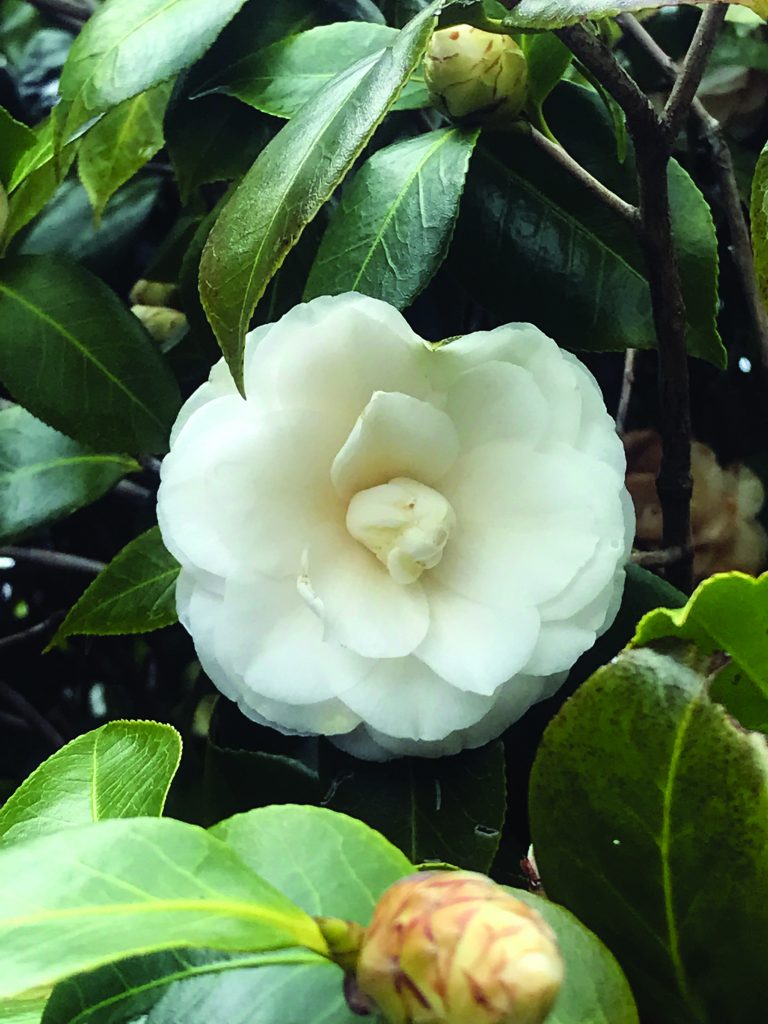 Camellia japonica White by the Gate

Crocuses, snowdrops and early daffodils are appearing, pointing toward the arrival of spring on March 20. At the same time, winter blooms add color to the still-drab landscape. Please send your photos to editor@gazettejournal.net.

From the fertile soil at the home of Lewis Hubbard in Cardinal come blooms from Camellia japonica White by the Gate; Camellia hybrid Buttons and Bows; and Camellia japonica hybrids Japanese Fantasy and Crimson Candles, from left.

Molly and Ted Broderson of North enjoy the blooms of their Christmas cactus, given to them by Ted’s mother in 2014. It bursts into bloom several times a year.

Barbara Van Over of Dutton said the walking iris blooms only in February, with a daily bloom opening in the morning and closing by sundown.

Daffodils are on time and are so great to lift spirits after the winter, said Martha Thompson Hudgins of Glo...