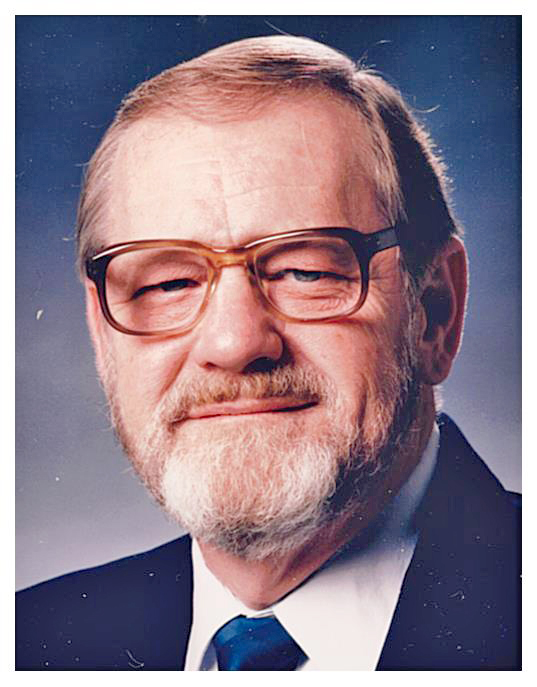 Alan Clark Shumaker Sr., 87, born July 9, 1933 in Blaine, Pennsylvania, to Loy E. Shumaker and Melinda Shumaker, entered into the loving arms of his heavenly Father on Tuesday, August 11, 2020, at his home in Dutton, Virginia, surrounded by love after a long illness.

He is survived by his wife of 66 years and the love of his life, Nancyjean Shumaker; his five children, Pamela Storts (Doug), Sharie Cornette (Paul), Cynthia Shumaker, Lisa Conrad (George), and Alan Shumaker Jr. (Jo). He also leaves to cherish his memory his grandchildren, Jason Sizemore, Adam Greene, Angela Luna, Amber Vescio, Tony Vescio, Monique Shumaker, Christopher Conrad, Alan Shumaker III, Michael Storts, and Rose Conrad, along with 17 great-grandchildren. Alan had three siblings, two of whom preceded him in death, Richard Shumaker and Lois Carpenter. He is survived by his sister, Barbara Kline and her husband Lee, and his siblings’ children, Michael Carpenter and Roberta, Debra and Richard Shumaker, and Vickie Kline, along with their children and grandchildren. He will be missed by many friends who encountered him throughout his life.

Alan went to Ohio Military Institute in high school where he graduated as the valedictorian of his class. He received a two-year scholarship to the University of Cincinnati, Ohio. Following that, he went on to serve in the United States Army for two years. After his military service, he attended night classes for seven years at the University of Cincinnati to complete his bachelor’s degree while working at Procter and Gamble and raising his and Nancyjean’s five children.

He retired in June 1993 after 36 years where his career culminated as a Principal Scientist in Health Care Consumer Research. Upon his retirement, Alan and Nancyjean relocated to Mathews County, Virginia, to share in their love of history, the mountains and the sea. Alan was an avid writer of short stories and poems, and self-published a book in 2016 of his collection.

Alan and Nancyjean are members of Locust Grove United Methodist Church in Dutton. They were members of the U.S. Coast Guard Auxiliary, Flotilla 66 in Mathews County for 10 years, and also served as docents at Rosewell (plantation) in Gloucester County for three years.

Alan and Nancyjean were avid golfers who shared a love of nature and travel. Family vacations were many times spent camping and hiking in the Great Smoky Mountains. Alan often expressed the wish that his ashes be spread at Cades Cove. Alan and Nancyjean traveled together driving through the West and New England. While working at Procter and Gamble in Paris, France, for two years, they traveled with their children through Europe sharing their love of history, learning and new experiences. One of their favorite destinations was Longwood Gardens in Pennsylvania. They also enjoyed their yearly trip to Nags Head in the spring and again at Christmastime.

The family would like to thank Dr. Frank West for his care and support during Alan’s illness and, also, the Mathews Rescue Squad. A special thanks to the home healthcare workers and the staff of Riverside Hospice and their hospice team: Julie, Laurie, Paul, Judy, Brenda, Teresa, Amanda, Tami, Terra, Angie, June, Ethel, Lydia, Jen, Doctors Lockhart and Shivers, along with their grief counselors Margaret and Megan. Their care and support during the last year allowed the family to care for Alan at home.

The family asks that in lieu of flowers, donations be made in his name to the Gloucester-Mathews Humane Society. Alan and Nancyjean raised and loved many furred and feathered babies throughout their lifetime together and this is in special remembrance of them and the joy they provided.

Memorial services for Alan will be announced at a later date. Faulkner Funeral Homes, Foster-Faulkner Chapel, Mathews, assisted the family.