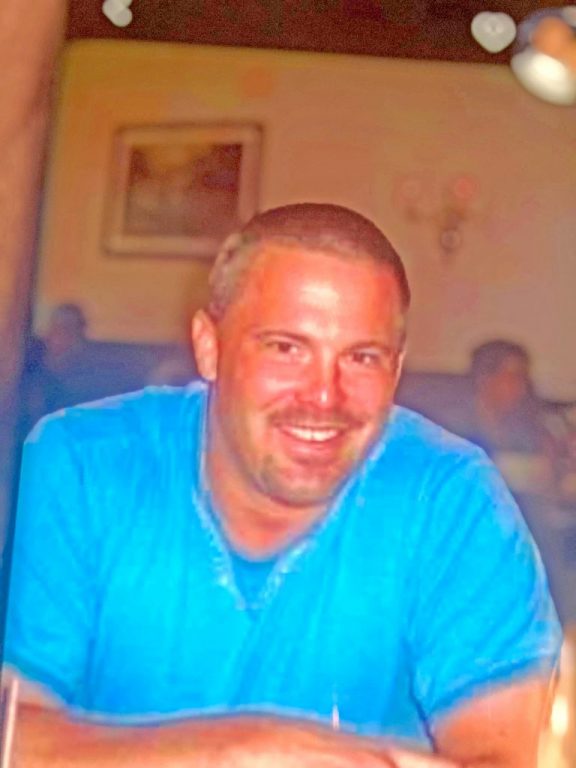 Aaron Ashley of Hayes, died unexpectedly at his home on Wednesday, Jan. 6, 2021. Aaron was born in Ogdensburg, New York, to his parents, Joan Fullington Hunter and Carl W. Ashley. He graduated from Ogdensburg Free Academy (OFA) and he loved sports, especially hockey which he exceled into all travel teams. Following graduation, he moved to Virginia to live with his mother and was employed with Williamsburg Ferry. Aaron joined the Navy, where he trained to become a HVAC technician, working with W.E. Moyer and Son until his death. He was an avid hunter but quit for his love of animals and became involved with a paint ball team, a roller street hockey team (The Doom) in Norfolk and loved to bowl. Father, Carl W. Ashley; brother, Bruce Ashley; stepfather, Kenneth C. Hunter, and cousin, Robert Hanratty, preceded him in death. In addition to his mother, he is survived by his aunt, Jean Gremli; uncle, Wayne (Karen); stepmother, Barbara Ashley; stepbrothers, Dave (Vicky), Daniel (Andrea), Kenneth (Tammy); cousins, Jim (Mary), Colleen (Cliff), and Patrick. A celebration of life service will be planned for June 2021. Services under the direction of Hogg Funeral Home.