A reason to celebrate May: It’s National Hamburger Month 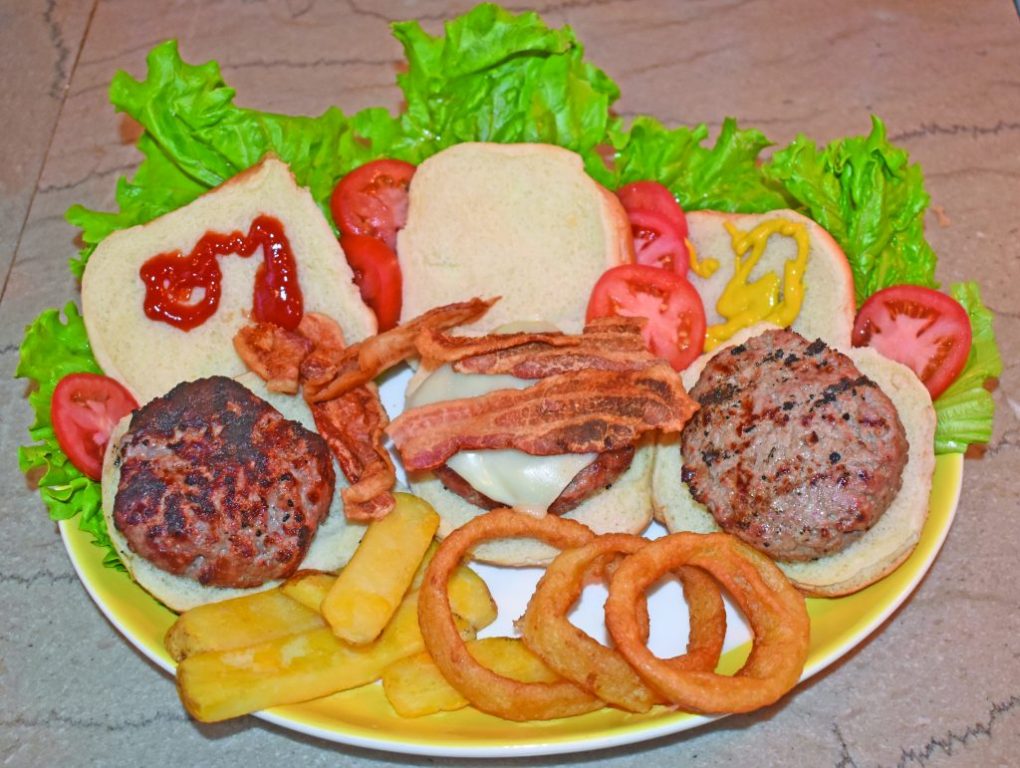 Hamburgers and all the trimmings make an all-American meal.

May is National Hamburger Month.

Tracing history back thousands of years we learn that even the ancient Egyptians ate ground meat, basis of the meat that now constitutes the 50 billion hamburgers Americans consume annually.

Moving forward: German immigrants to the United States in the 1800s brought some of their favorite foods, one of which was Hamburg steak, said to originate in Germany’s second largest city, Hamburg. Thus began the American hamburger, the icon of our culinary world.

Americans created the word hamburger, but there is a dispute as to who actually made the first hamburger here. You be the judge.

Version 1: In 1885 Charles Nagreen attended the Wisconsin State Fair with his ox drawn food stand. When his meat balls were not selling very well because they were hard to eat while strolling the fair, he mashed them, put them between two slices of bread and called his new invention hamburgers. Business picked up.

Version 2: The family of Frank and Charles Menche...