A piece of Gloucester County history, and also a bit of a mystery 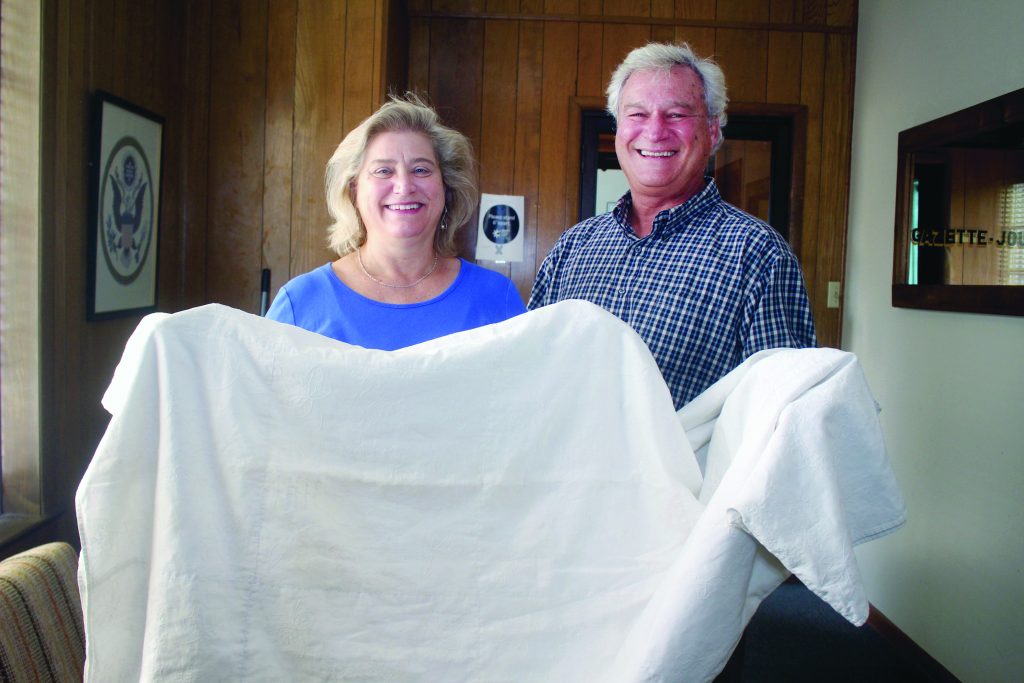 CHARLIE KOENIG / GAZETTE-JOURNAL Cindi Corr Rovani and Andy Corr, children of Jean Corr and great-grandchildren of the late Rev. Harry L. Corr, pose with the coverlet their mother recently uncovered at Gloucester’s Roadview Farm. The item, about 100 years old, presents a bit of a mystery as it is filled with the embroidered names of Gloucester residents, likely the grateful parishioners of Mr. Corr, but the family isn’t sure which one. They hope to reunite the coverlet with the church it came from.

A piece of Gloucester history, and a bit of a mystery as well, was recently uncovered while packing for a move. Actually, the more appropriate word might be “un-coverlet.”

Jean Corr came across the white coverlet, or bedspread, while going through a lifetime’s worth of family items at Roadview Farm in Gloucester.

The coverlet is all white, including the embroidery. In addition to a few decorative leaves, something about the embroidery caught Jean Corr’s eye—the sheet was filled with a long list of names, stitched in script, including many familiar Gloucester County surnames.

She guesses that the coverlet, may be about a century old or more, was presented to her late husband’s grandfather, the Rev. Harry L. Corr, from grateful parishioners. Only thing is, she’s not exactly sure which church, or churches, it came from.

The Rev. Mr. Corr, born in 1865 in a home on the same land where Roadview Farm now stands, served as pastor for a number of Gloucester churches during his len...