A lifelong love affair with the Chevy Vega 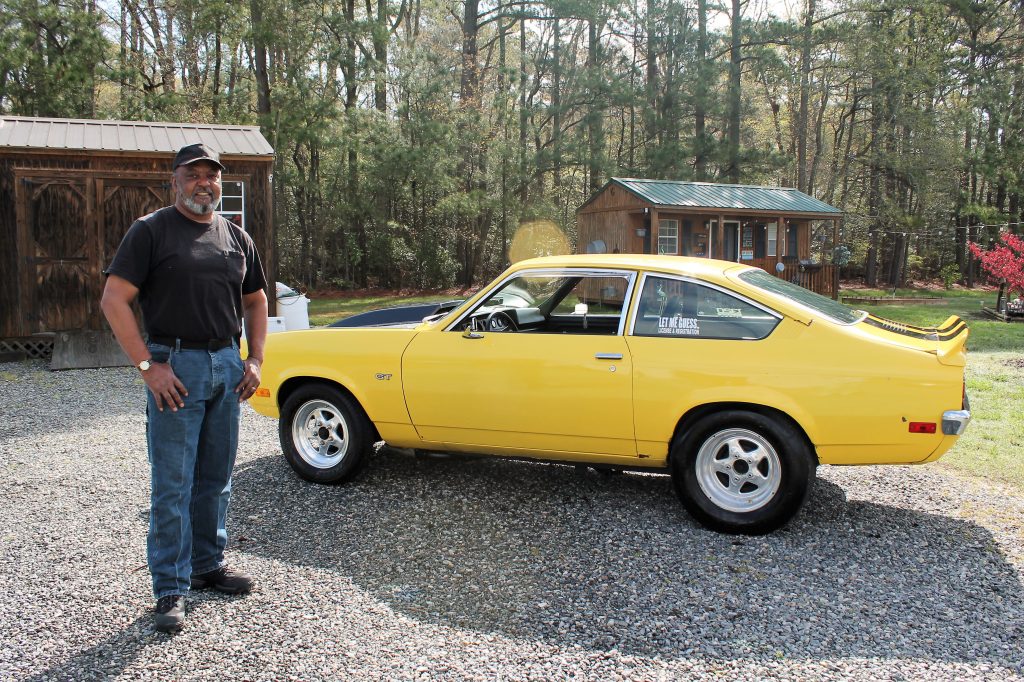 Steve Forrest of Hallieford has owned over 150 vehicles over the years, but the one he always wanted was a 1973 Chevy Vega. He still has more he wants to do to the bright yellow car, but he drives it regularly.

Steve Forrest of Hallieford has had a lifelong love affair with the Chevrolet, but the one he’s loved the longest is the Chevy Vega.

The first Vega he ever loved was a 1971 model that his stepfather owned when Steve in high school. Forrest unfortunately totaled that car in March of 1979, just before he went into the Army.

“The accident beat me up pretty bad,” he said, “but I got beyond that.”

His stepfather then bought a 1973 GT Vega, and on visits home, Forrest worked on it, pulling parts from the wrecked car to make it whole, adding shiny wheels and driving it as much as he could.

“He didn’t trust me very far,” said Forrest with a laugh.

Later, Forrest’s sister owned a 1974 Vega, and Forrest borrowed it to drive to Fort Stewart, Georgia.“And that was the end of that car after that,” he said.

Over the years, Forrest has owned 156 cars, trucks and motorcycles, fixing them up and selling them, one after the other. He even owned two buses and a 1950 Chevrolet he paid $...