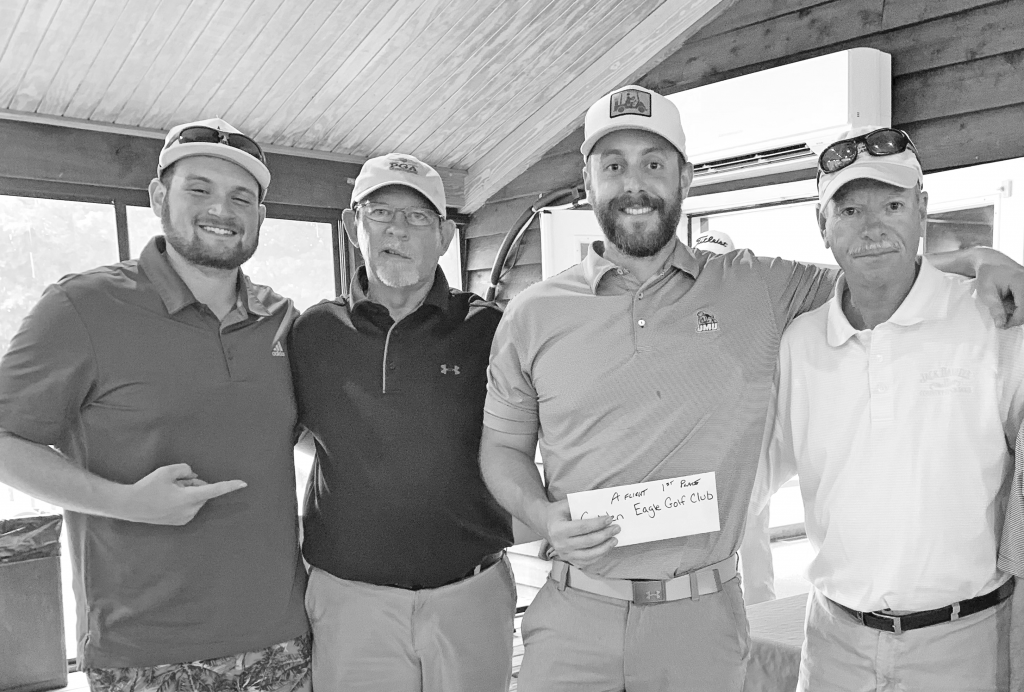 First-place finishers in Flight A at the Boddie tournament were, from left, Matt Staul, Bruce Babbs, Coleman Tillage and David Tillage.