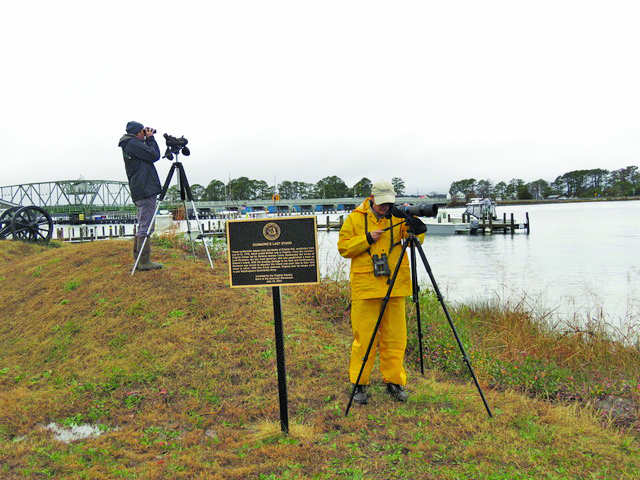 Thirty-nine observers counted birds in the 15-mile diameter circle that covered parts of King and Queen, Middlesex and Gloucester counties.

This is the 122nd year that the Audubon Christmas Bird Counts have taken placed all across the county during a three-week period in December and January.

PHOTO BY SHERRY ROLLINSA pair of bald eagles was spotted near the main entrance of Beaverdam Park during the Middle Peninsula Audubon Christmas Bird Count.

Compiler for the Middle Peninsula count, Susan Crockett of Gloucester, reports that 80 species were identified with a total count of birds at 5,435. While the number of species is about the same as in recent years (78 in 2020 and 83 in 2019), the number of birds spotted dropped significantly (7,417 in 2020 and 7,447 in 2019), with the decrease due to low waterfowl numbers. Birders from Gloucester, ...