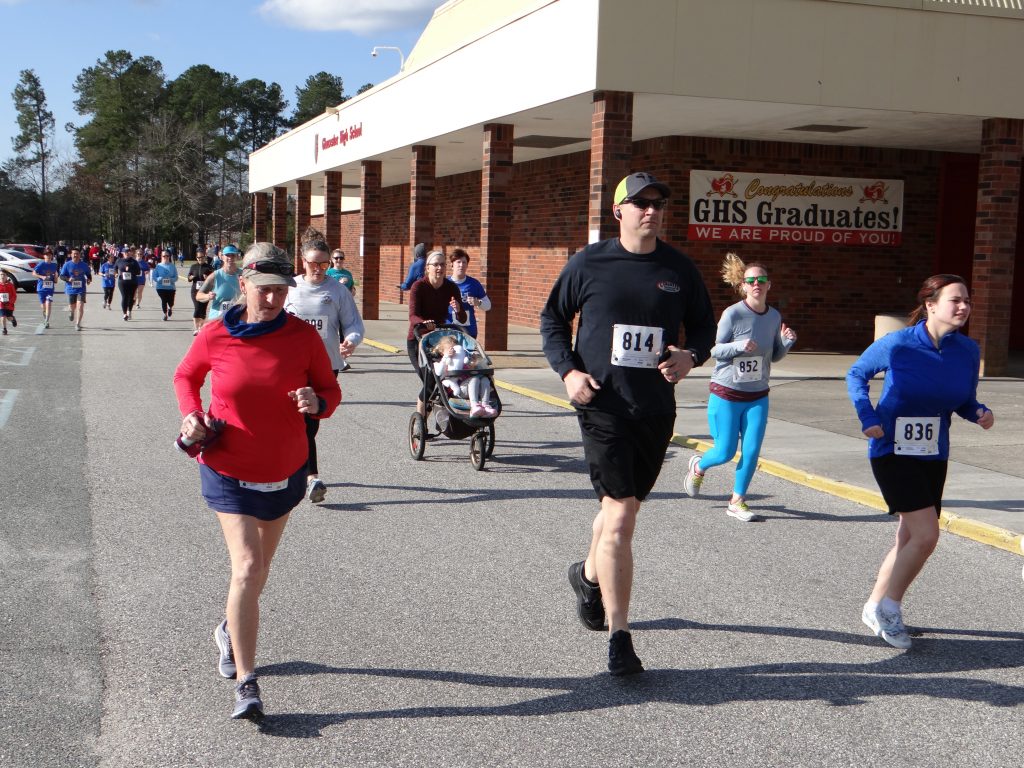 A total of 400 entrants took part in Saturday’s 11th annual Gloucester 8K Run and 3K Run/Walk, held on the roads around Gloucester High School. Proceeds from the race support the Gloucester County Educational Foundation. The race itself was conducted by the Peninsula Track Club.

For the 8K, overall winners were Zachary Novitske of Hayes (31:45) for the men, and Kim Novitske of Hayes (37:54) for the women. Chris Laws of Yorktown and Steve Mostella II of Newport News were the #2 and #3 finishers, respectively, for the men, while Lindsay Newell of Mathews and Mary Hall of Gloucester placed second and third, respectively, for the women.