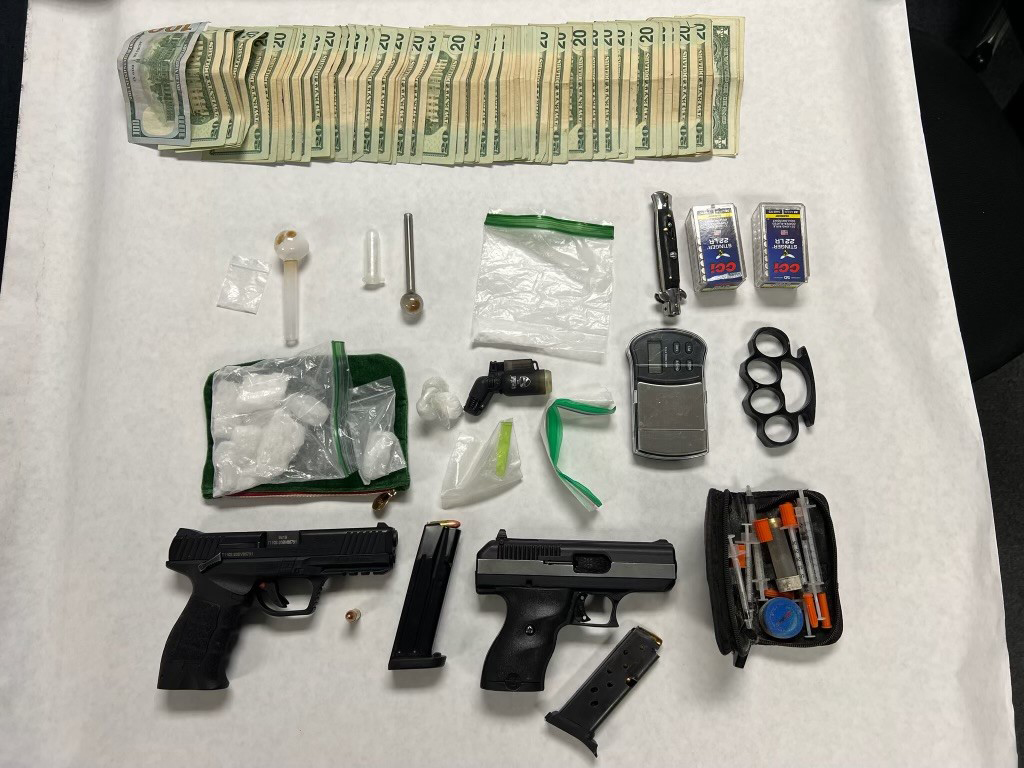 A deputy on patrol in the northern end of the county at approximately 3:45 a.m. on Dec. 19 observed a vehicle associated with a 41-year-old man known to have an active arrest warrant and a suspended operator’s license, according to a release from GSO.

After confirming that the warrant was still active and the suspect’s driving status was still suspended, the deputy conducted a traffic stop as the vehicle turned onto Salem Church Road at Glenns.

The deputy then identified three additional occupants of the vehicle, two of whom also had active arrest warrants, the report said. Additional deputies responded to assist, and all the occupants were detained.