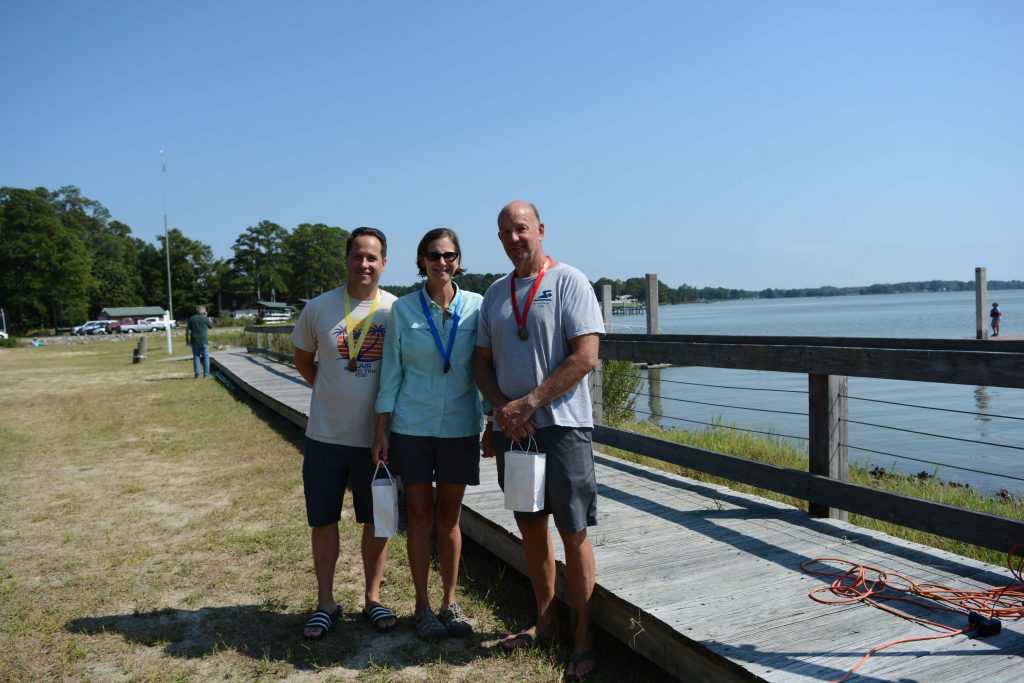 Starting at Williams Wharf, the swim course was one mile out and back along the East River. Coming in first place was Kate Jenkins, 57, with a time of 29:42. Second and third places, respectively, were John O’Shaughnessy, 62, with a time of 31:30, and John Clair, 46, with a time of 32:21. Christine Johnson of Mathews Outdoor Club provided timing. Winners received handmade shell medals from The Poddery at Foster.

Top fundraisers for the event were Tim and Frances Hudgins, Thane Harpole and Terri Hyman. Each received donated prizes ...